Three-letter team abbreviation in TSB3 SNES (i goofed up) 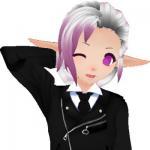