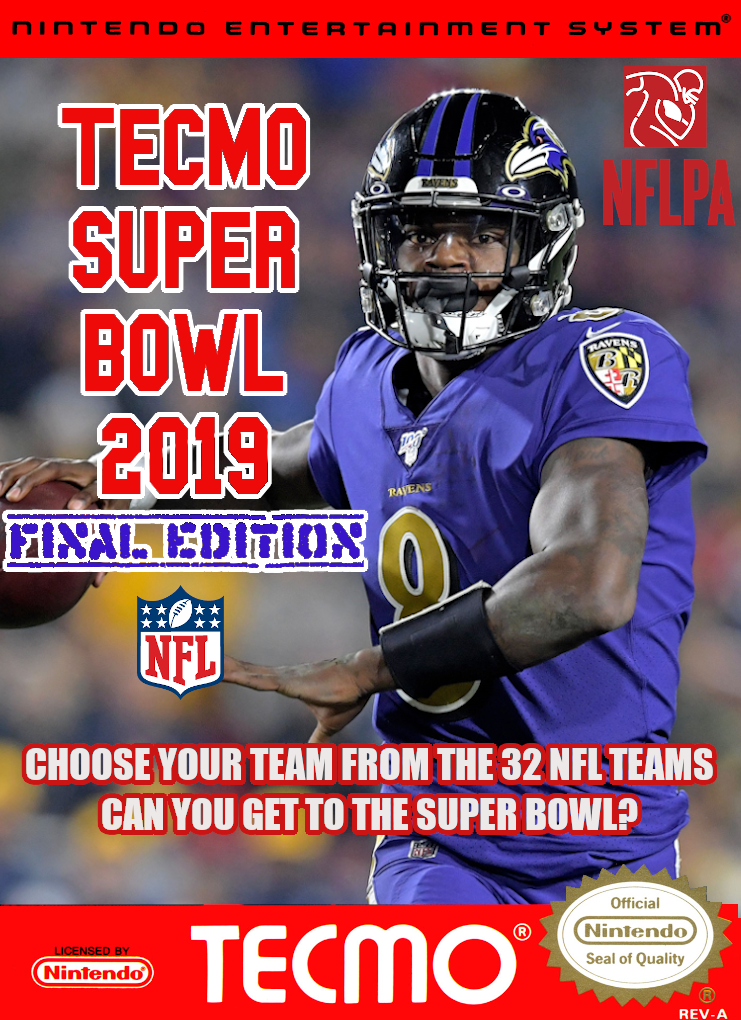 The classic NES sports title, updated for the centennial NFL season! Enjoy this version with the following features:

A special thanks goes out to all who made this edition possible:

And so many more.....thank you for all the contributions you all have made to this community. Each of you and more had a hand in helping get this project going. Some of you haven't been seen on this site in a while but your insights, notes and comments have gone a long way in fueling this hobby.

You will find the .ips patches used in this edit along with the SET commands used in attached files. Please note that there is also an "optional" set command file which includes the codes for the No Flicker Hack, Road Team Plays As Player 2 Hack and the Push/Pull hack. These all can be added using TSBTool. However, the Push/Pull hack will cause the game to not allow you to edit the NFC West team rosters. So make sure to back up your files before adding that hack.