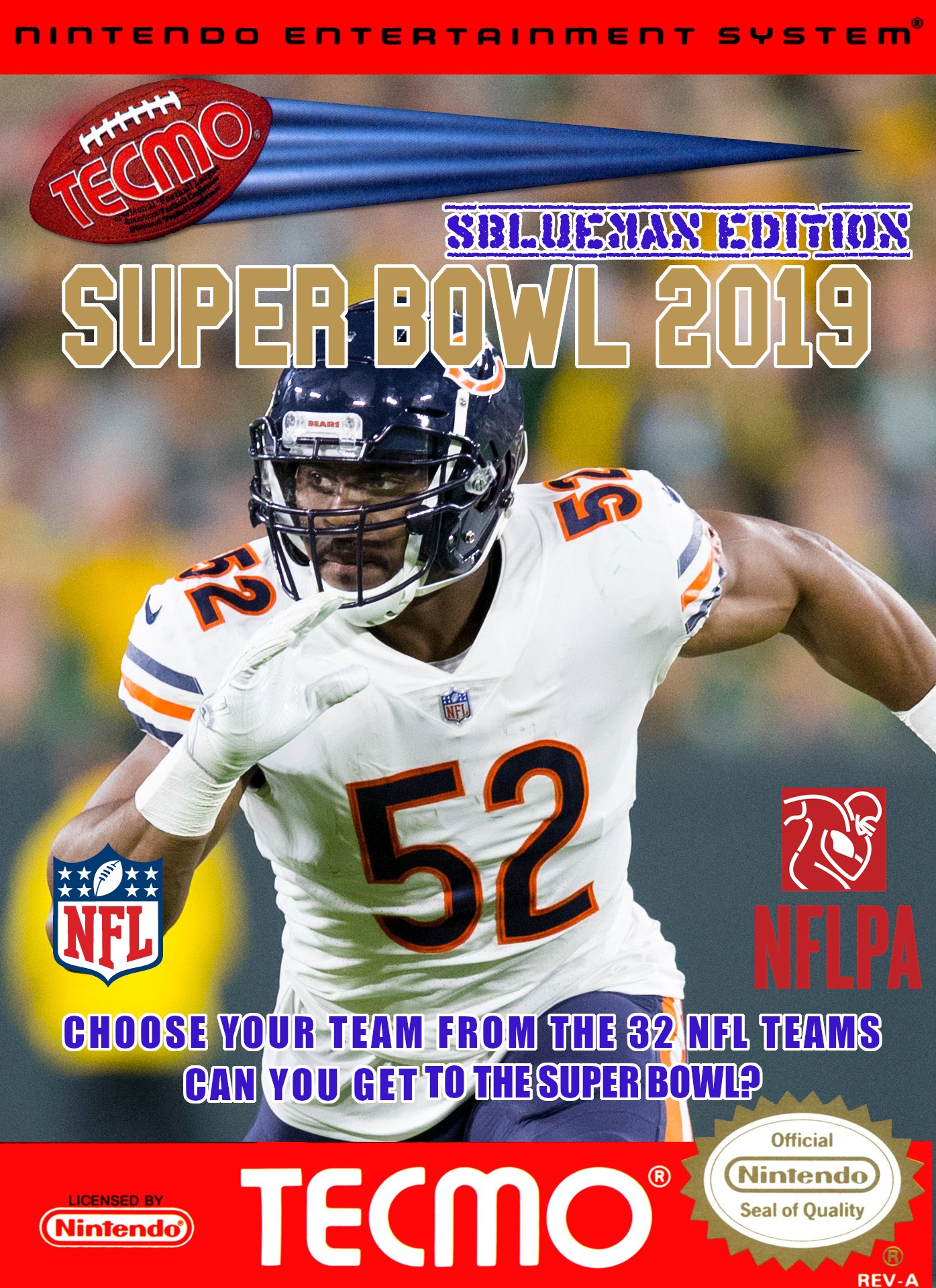 The classic NES sports title, updated for the 2019-2020 NFL season! Enjoy this version with updated rosters for all 32 NFL teams. Player ratings are kept to the original game’s scale and the game features updated team uniforms and logos as well (hat tip to @gojiphen malor for help with the Jets helmet this year!). The game includes various changes from the original:

You will also find the .ips patches used in this edit along with the SET commands used. If you want to edit the roster use the Vanilla version then apply the SET commands and patches as you'd like.