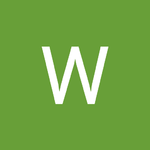 Another game updated and this one is a fan favorite from years back. Here is a 2019 Roster update for NFL Blitz 2001.

No changelog available for this version.